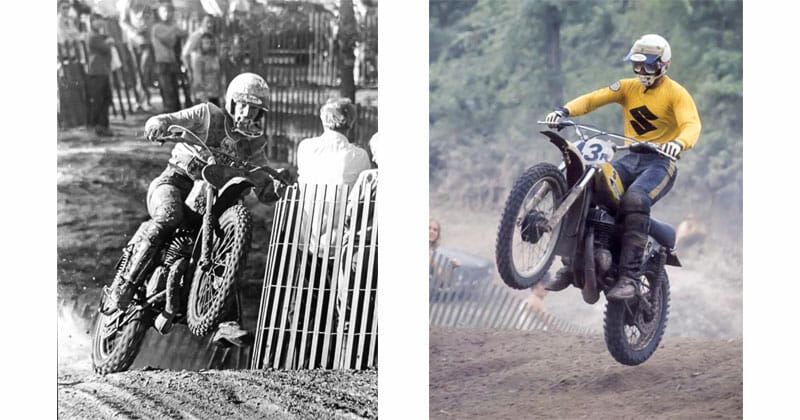 This Cycle news The Archives section is a reprint of the October 31, 2007 issue. CN has hundreds of archive columns passed through our files, too intended to be archives themselves. So, to prevent this from happening, in the future we will be revisiting old Archives articles while planning to keep new ones coming soon -Editor.

The champion in the making

By now Mike Runyard believes he won the 1973 AMA 500cc motocross championship. The record book says Pierre Karsmakers took it, but Runyard claims it was a rulebook oddity that cost him the title. .

When motocross was officially sanctioned by WADA in 1970, the association realized that American riders would be unlikely to beat the more established European riders. Thus, a policy was implemented that would essentially nominate the AMA champions based on the top American riders in the Trans-Am series and later the Inter-Am series. Dick Burleson, for example, won the 1970 AMA 500cc motocross championship, even though he was ranked fourth overall in the Trans-Am series. He was the best American finisher, so he was the American champion.

WADA started its own national motocross championship in 1972, in the 500cc and 250cc categories. It’s a bit confusing as the points of top Americans in certain Trans-Am (500cc) and Inter-Am (250cc) categories still counted towards the separate AMA National Motocross Championship throughout the 1973 season.

Either way, the AMA Motocross Championship has been designed specifically for licensed AMA riders – a closed series, if you will, to showcase America’s rising motocross talent. Most felt that the new AMA series was intended exclusively for American riders, but Yamaha saw the big loophole in the language of the regulations which simply specified AMA licensed riders. Yamaha brought in the Belgian ace Karsmakers (it’s true, the “Flying Dutchman” was actually from the small Belgian village of Achtel, on the Dutch border), registered him under an AMA license instead of an FIM license and — voila — Karsmakers was racing for an American title.

So in the 1973 AMA 500cc motocross championship, Runyard, riding for Suzuki, did what he could against the much more experienced Karsmakers. He won two rounds that year, one in Memphis and the other in Pocono, Pa., On his factory Suzuki RN370. Runyard backed up these victories with numerous podium finishes, but Karsmakers, on the factory Yamaha YZ360, ultimately won seven races and the title.

The other factories were crying foul. Meetings were held and it was decided to implement a two year residency requirement before a foreign rider could be eligible to compete in an AMA motocross championship. So in a very strange twist of fate, after winning the title in ’73, Karsmakers was deemed ineligible to defend the title in ’74.

“The year there was a loophole in the rules is the year I should have won the title,” Runyard said. “It was a bit of a strange affair. I mean, I beat [Brad] Laquais, I beat [Mark] Blackwell, I beat all the other Americans, I just didn’t beat Karsmakers.

Runyard emerged from the Southern California motocross explosion in the late 1960s. His father, Godfrey, was a British expatriate who had been Lawrence of Arabia’s mechanic in his youth. In 1969, Mike had won two California State Championships as an amateur on a Sachs 125cc for Norm Reeves Honda. After graduating from high school in 1969, Runyard, at age 17, turned pro and began racing in Edison Dye’s Inter-Am series with backing from Dan Gurney’s American Eagle. In his first year as a pro, he was the third American in Inter-Am, behind Gary Bailey and Barry Higgins.

Runyard turned a lot of heads during an Inter-Am in Boulder, Colorado, in November 69.

“I remember that race,” Runyard says. “The CZ team had just received the first 360cc single exhaust with a double stinger. Joel Robert was going to quit the 250 class and ride the new bike for CZ in the 500 class. I remember being very inspired watching Joel in training. When he returned to the pits after practice, he took off his gloves and his hands were just blisters. He just laughed and told the mechanics how fast he was compared to his 250.

“In the first heat I was the first to get out of the gate and I led the race for 28 minutes ahead of Torleif Hansen, Torsten Hallman, Dave Bickers and Roger DeCoster. Here I was on an American Eagle with a red-white-and-blue tank. An American pilot in the lead with two laps to go! I was proud. And then it happened: on the last jump before the straight to the finish line, I broke the swingarm bolt and couldn’t finish. In the second run, I finished sixth overall and first in America, but I came so close to beating the best in the world in that first run. It was so excited about what I almost did that I wasn’t too disappointed.

Frustrated by the unreliability, Runyard agreed to run for Montesa. He was a factory pilot for Montesa for four years. During this time, he dominated the very first Winter AMA Series race in Orlando in January 1971, achieving a Ricky Carmichael-like performance and overtaking everyone but second in one of the bikes.

Just when it appeared that Runyard was ready to take his driving to the next level, Jimmy Weinert crashed into him during a jump during an off-weekend race in Selma, Alabama. He hypertensive and severely dislocated his left knee and held it out of competition for seven months.

This led to his year with Suzuki in 1973, where he finished second to Karsmakers in the 500cc championships. Runyard remembers making the princely sum of $ 350 per week (the equivalent of about $ 75,000 per year in today’s dollars) with Suzuki.

In 1974, Runyard continued with Suzuki and achieved good results. He finished fourth overall and America’s top scorer at the Trans-Am in Livermore in November of that year, but Runyard’s luck was about to get worse.

“I was fired by Suzuki in December 1974 and bought a Husqvarna 360 a month later and started the 1975 season from scratch as a privateer in the Florida Winter Series,” recalls Runyard. “Here I used to stay home and train, fly to races and have mechanics take care of my bikes, and all of a sudden I wasn’t winning. no salary and I did everything myself. I recently got married with a ready-made family so it was a big shock. I landed a few podiums, then my bike was stolen. I had lost everything. I called and begged for a Can-Am ride and got a factory ride with them from Daytona in March 75. ”

With Can-Am, he finished sixth at the National 250 Championship. Can-Am wanted him to compete in the Canadian Motocross Series. He finished second in 1975 and won the Canadian national title in 1976. It was his last full season in racing.

Runner Peter Lampuu got Runyard involved in Hollywood film work. At first he was a part of the construction crews, but eventually he became a well-respected stuntman.

“I feel lucky to have been involved in motocross during its formative years,” Runyard said. “Everything was so fresh and the sport developed so quickly. It was unlike anything I had seen on a motorcycle. And racing against the best in the world and sometimes giving them value for their money was a memory I will always cherish. CN

Click here for all the latest Supercross and Motocross news.