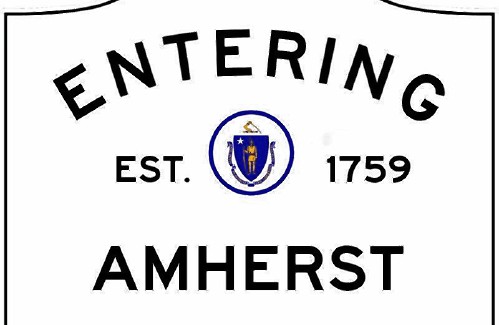 AMHERST – Individuals and organizations that enrich the Amherst area through their work in education, business and civic engagement will be honored with awards from the Amherst Area Chamber of Commerce this autumn.

Through September 9, nominations for recognition at the 19th Annual A+ Awards Celebration, to be held November 17 in the University of Massachusetts Student Union Ballroom, may be submitted to bedroom. The theme of the event is “This Is What Comes Next”.

Applications are open to anyone from Amherst, Belchertown, Hadley, Leverett, Pelham, Shutesbury and Sunderland and should be made through the amherstarea.com website. No applications will be accepted by e-mail.

A new mural at the entrance to Fort River School welcomed students, teachers and staff as they returned to school on August 25.

The mural was funded by an Amherst Cultural Council grant awarded to Katie Richardson, coordinator of the school’s English-language and dual-language programs; first graders came up with the design last year.

With the help of artist Fitzcarmel Lamarre, work groups painted the offsite mural over the summer, and the colorful panels, including the words Eligimos El Amor on one side and We Choose Love on the another, were then installed.

A matching grant of $222,076.00 from the Institute of Museum and Library Services is going to the Hitchcock Center for the Environment to do extensive outreach to Springfield Public Schools.

The Museums for America grant will fund the SEEDS program, also known as Schools Exploring Engineering, Design and Sustainability.

SEEDS is a new program from the Hitchcock Center that focuses on using an engineering design challenge approach to build third-grade students’ STEM capabilities.

“The Hitchcock Center for the Environment’s SEEDS program is opening the doors to STEM education for the children of our Commonwealth, preparing them for a bright, green, net-zero future,” US Senator from Massachusetts Ed Markey said in a statement. a statement. “These young people will soon inherit the responsibility to protect our planet, and thanks to the Hitchcock Center and its supporters, they will have the curiosity, the knowledge and the will to do so.”

Project activities will include the development and implementation of experiential learning in classrooms through school-based design challenges, as well as the creation of professional training and support mentoring for each teacher participating in the program. There will also be campus tours of the Hitchcock Center.

The University of Massachusetts Amherst’s College of Engineering is celebrating its 75th anniversary with an exhibit and a series of events and talks this fall.

“Engineering @ 75” will be on display from September 1 through December 2022 and will feature a curated collection of archival materials and photographs of events, research, everyday moments and people who helped shape the college. The exhibit is located in the Science and Engineering Library of the Lederle Graduate Research Center, with an official reception for the exhibit on October 26 from 3:30 p.m. to 5:30 p.m.

“The courage and passion that formed the foundation of our college continue to drive our success as the premier public engineering college in New England and as the nation’s leading engineering program,” said Sanjay Raman, dean of the College of Engineering, in a statement.

Although a site for a new South Amherst fire station is not yet known, City Manager Paul Bockelman informed the city council in a recent weekly written report that he was considering working with the city’s architectural department. ‘UMass on preliminary plans.

One idea being considered is to collaborate with former District 4 Councilman Stephen Schreiber, who chairs the department, and graduate students who will already be working on a competition to design a fire station.

This competition is sponsored by the Metal Building Manufacturers Association and therefore could produce concepts for a metal building.

“There is an actual program, which may be slightly different from Amherst’s ambitions,” Bockelman wrote.