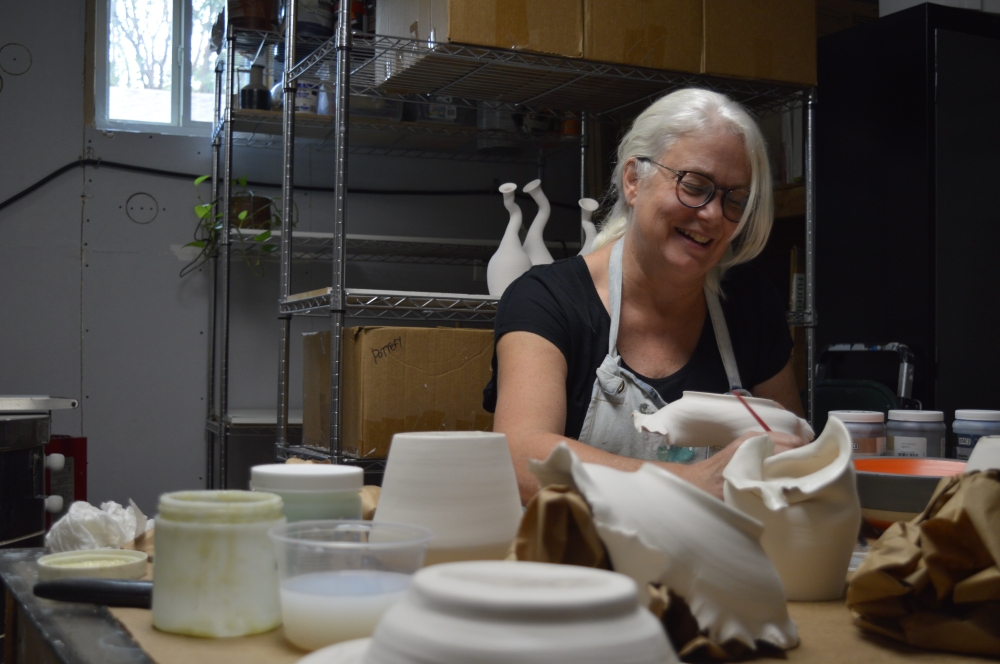 For much of the past decade, Northwest Austin’s art scene has been a wasteland for studios and galleries, local artists say.

Galleries have opened and closed and studio space for all mediums continues to be elusive. A 2016 cultural property map released by the city of Austin showed that there was not a single visual arts studio open to the public in northwest Austin.

But things are starting to change in the north. Two new galleries have opened to the public in the past 24 months, and a third gallery, a pop-up curated by artists from northwest Austin, will open throughout November.

“There are a lot of quality artists who are fundamentally invisible,” said Andrea Loomis, abstract glass artist and photographer. “The community of the North and the Northwest – we hope – is about to take off. “

Loomis is at the forefront of a campaign to organize and uplift Northwest Austin’s arts community. The artist is opening his northwest Austin home studio to visitors for the first time this year as part of the Austin Studio Tour. Loomis said she has been attending Big Medium events since 2012, but has never had the chance to include her own studio on the tour until now.

“I was traveling with my things, showing up in carports, in a pedicab garage, in an old Austin house, all these different places,” Loomis said.

In total, six stops – 3 home studios and 3 galleries – are part of this tour, with more than a hundred local artists exhibited between them.

ArtUs Co alone presents a large part of these exhibited artists. The Arboretum area gallery, boutique and studio, which first opened as a holiday pop-up market in late 2019, will feature 27 artists this year as part of its Austin Studio event. Tours.

This is in addition to the more than 100 vendors of local artists that ArtUs Co displays at its store, located at 10000 Research Blvd., Ste. 118, Austin.

Maggie Lyon, gallery curator and studio director at ArtUs Co, said the featured artists will hold workshops and live painting demonstrations over the two weekends of the Austin Studio Tour.

ArtUs Co will serve as the pickup and drop-off hub for the Art Bus Tour, a guided outing of the spaces featured on the Austin Studio Tour. The bus ride event is curated and hosted by Almost Real Things Magazine and tickets start at $ 35.

One of the stops on the Art Bus Tour will take guests to the Paper Plate Gallery, an almost hidden gallery of homes tucked away under groves of trees just off MoPac in North Austin. 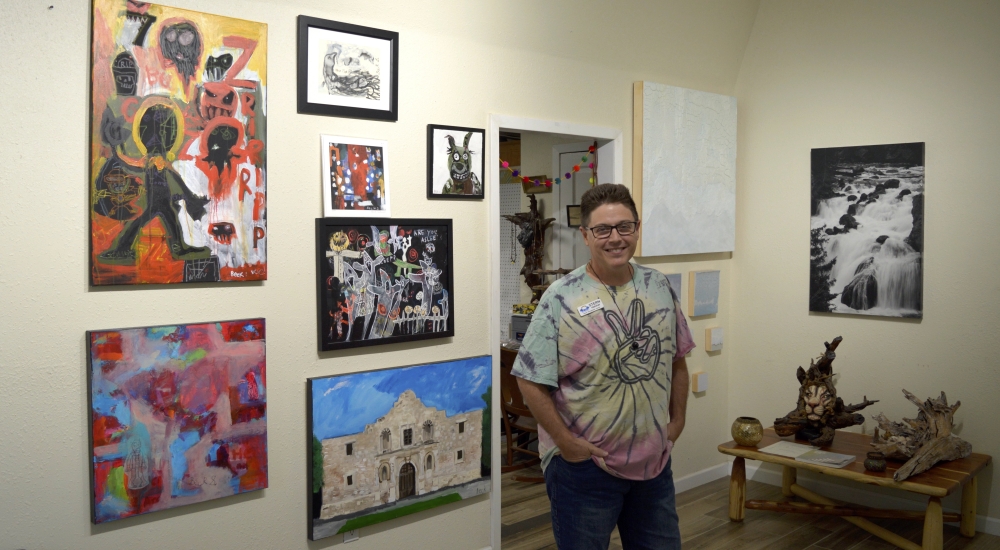 Stern Hatcher opened the gallery at 3601 McNeil Drive, Unit A, Austin, in September 2020 and has since hosted several exhibitions featuring painters, photographers and sculptors.

For the Austin Studio Tour, the Paper Plate Gallery will showcase a dozen Texan artists, including the work of a 14-year-old Austinite.

The Paper Plate Gallery participated in last year’s edition of the Austin Studio Tour, but the entire exhibit was held outdoors in a drive-in style format where art hung from trees. . This year, the gallery moved the art indoors to more intimate spaces and Hatcher said he took precautions to prevent the spread of COVID-19, including installing air filters and keeping a tunnel. constant air entering and leaving the gallery space.

Hatcher’s space also includes a large backyard, and the gallery manager said he intends to use the outdoor space for live performances and art exhibits.

“If you walk around this space and out with the new people who are going to join us, there will be something you gravitate to to connect with,” Hatcher said.

“It will just be a real artistic experience. There will be an 8 foot high mural on the back wall where [the artist is] bring ready pieces. We screw it to the wall and she paints it live on weekends. I will paint live. We’re going to have a girl who does jewelry, so she’ll probably be doing some on the side too. And then definitely a large format, a serious art, ”said Otto. “It’s not a craft. They’re, you know, big chunks.

Otto and some of the artists featured in the gallery took over the open retail space after learning that Big Medium was accepting stopover requests in person on the Austin Studio Tour. The northwest Austin-based artist said the nature of the location – vacant retail space – means the gallery will be short lived.

While Modern Living Art is well received throughout November, Otto said there is a possibility that the artists’ collection could extend its lifespan.

“We were told we could go ahead and continue there if we get some kind of response,” Otto said. “It’s definitely a try. “

THE ARTS COMMUNITY IS LOOKING TO THE FUTURE

This is the second gallery in Northwest Austin for Otto, who ran the Mill & Leaf in the Arboretum area before the gallery closed its doors a few years ago. While the Old Art and Furniture Gallery was at times one of the few cultural art spaces in North and Northwest Austin, the area now has several galleries open to the public. This, said Otto, is proof that the artistic community is active and productive in the northernmost sector of the capital.

Now, with the expansion of the Austin Studio Tour, it will be possible for residents of Northwest Austin to view locally made artwork in their backyard.

“They’re going to see how much art is being created here. We always created it, we just had to go downtown and peddle it, ”Otto said.

For some artists in Northwest Austin, this year represents an opportunity to connect with other artists who live nearby.

ArtUs Co plans to launch an incubator project in the near future that will connect artists with workshops, reviews and networking opportunities.

“I’ve observed what artists need over the years, and we’re trying to see if we can kind of fill a niche,” said Joshua Green, executive director of ArtUs Co. “Studios are kind basement, but there are other things they need. We would like to get … tips to cut costs, then run workshops on how to be fiscally smart, increase your income and best business practices.

Ultimately, all of the artists who spoke to Community Impact Newspaper all agreed that one essential and undeniable principle is imperative for the arts to thrive in Northwest Austin: the creative studio space.

That space is shrinking more and more, Otto commented, as rental rates skyrocket across the city.

“Rents have exploded from when I looked before COVID until now. Some of them even doubled, ”she said.

Loomis, who is scheduled to work from his home studio in northwest Austin, believes upcoming studio tours have the potential to help address this issue.

As more and more residents of northwest Austin interact with and support the arts, purchasing works from galleries within a 5-minute drive of their homes, from artists who may be living in the city. street, the desirability of hyperlocal demand may increase.

“We have a lot of new neighbors, you know how Austin is. I think [the Austin Studio Tour] is going to be a great integrating moment, ”said Loomis. “I want to show an enthusiastic audience that they actually have this thing in their neighborhood that they can support, so they can visit more future events.