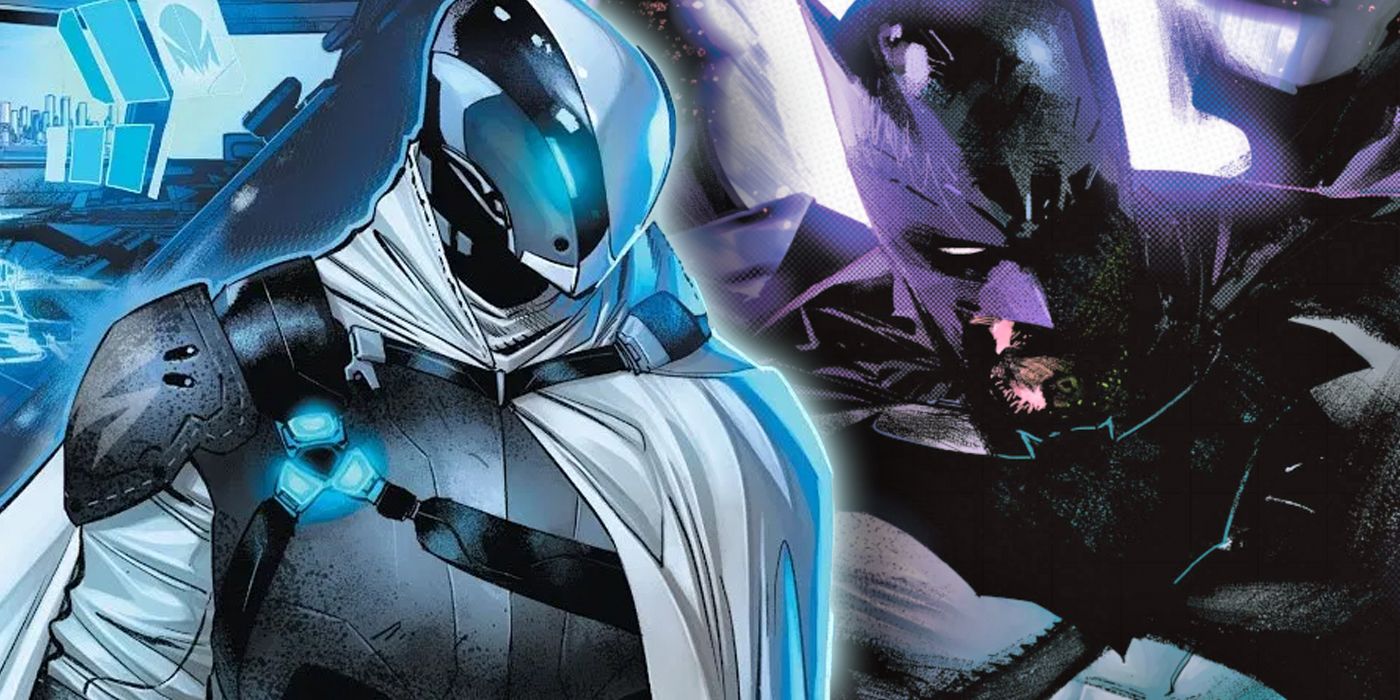 The Batman writer talks about some of his favorite moments while working on the title, which include all of the characters he helped create.

With his run on Batman to wrap up in the coming months, James Tynion IV recalled some of his favorite moments while writing for the title.

In a recent interview with RBC, Tynion was asked the question: “What was your favorite personal moment during [his] time on the title? ”His race started with Batman # 85 and saw him introduce many new characters to the world of the Caped Crusader, as well as two events, Jokers war and State of fear. For the writer, his highlights are the moments that include the characters he helped create and will leave behind as part of his legacy.

“Honestly, it really comes down to all the great characters I’ve built with Jorge Jimenez,” Tynion said. He mentioned how his tenure of work on Detective Comics included it in all the characters of Batman he loved as a “fanboy”. “This is where I referred to all of my favorite Batman and Bat Family stories. I focused on the characters I loved the most, like Kate Kane and Tim Drake’s Batwoman, and that m ‘helped fill every fanboy part of my soul. “

However, Tynion was thrilled to be able to create characters to add to the Batman myth. “Going to Gotham City and being able to create new characters that fundamentally change the mythology is something I’m incredibly grateful that I was able to do.” Some of the many characters that Tynion helped create and bring to Batman include Ghost-Maker, Miracle Molly, Clownhunter, Punchline and more. The writer mentioned four moments featuring his new characters when discussing his favorites.

The first was from Batman # 105, where after the two faced off in the “Ghost Stories” arc, Batman asked Ghost-Maker to stay in Gotham and continue to help him and the city. Another mention was Batman’s encounter with Miracle Molly in Batman # 108, who quickly discovers his disguise as “Matches Malone”, but instead of immediately turning on him, she took the moment to share the ideology of the Unsanity Collective. In turn, Bruce explained his philosophy on criminals, with Tynion mentioning how they can be seen “talking about the Cowardly Lot idea” in the issue.

Other times mentioned by the writer are instances where one of his new character creations interacted with a Batman character. He told Leslie Thompkins about Clownhunter in Batman Annual # 5 and Harley Quinn meeting the Joker’s new girlfriend, Punchline, for the first time in Batman # 92. Tynion is excited to see how future writers pick up his characters and add to their stories when he’s done with them.

“I can’t wait to see what the future holds,” Tynion said. “That’s the fun thing about working in superhero universes. Rather than just pulling out my favorite toys and playing with them, I put a bunch of new toys in the toy box. If I did. well my job, in five to ten years I will see as a fan of new writers and artists come in and put their own spin on these characters and take them into their next chapters. “

Batman # 113 is the next issue in the series to be released on September 21, 2021 from DC Comics. Tynion is co-author of the issue with Brandon Thomas and the interior and cover illustrations provided by Jorge Jimenez.

X-Men: Marvel just turned its most ridiculous villain into a serious threat

Sean is the editor of Weekend Comic News for CBR. His typical trip to the comic book store always follows the same sequence: promise to limit the number of issues he will buy, see them on the shelf, and buy them all anyway. He dreams of writing his own one day. Besides comic books and superhero TV series / movies, Sean also enjoys musicals (both in theaters and on stage), classic rock, stand-up comedy, and podcasts. If you’re interested, feel free to follow him on Instagram, Twitter, and / or TikTok as @localcomicsean for his personal jokes, thoughts, and feelings on the comic!