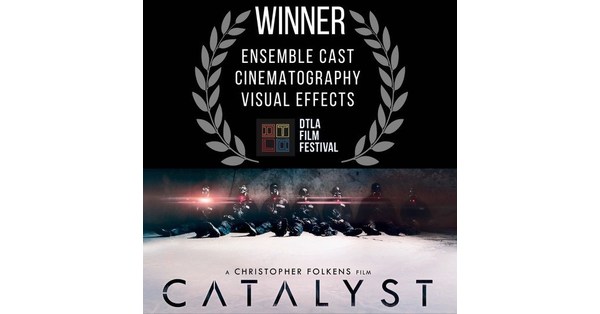 “I am delighted that such an old festival has honored the years of work that we have put into this film”, says the director Christopher Folkens. Created in 2008, the DTLA Film Festival is dedicated to diversity in cinema. “Catalyst is not only an exceptional film, but it is also full of diverse faces and touches on real social issues that need to be addressed,” said the Festival Director. Henry Priest tell us.

Producer Enrico Natale adds, “I’m incredibly proud of our cinematographers, who shot this entire film in nine days over a four-year period and were able to match the look seamlessly, even though none of them is never encountered. This award is also a testament to our director’s consistent vision and tireless work to ensure a unified visual approach to the entire film, from concept to completion.”

“We shot a significant portion of the improvised film on location. This award speaks to the bond we shared (as actors) in the moment. We had to deliver every moment with honesty. There was no going back. back. We had one shot to get it right,” said David Bianchimain actor and producer of the film.

Writer/director Christopher Folkens says, “The visual effects team at Turncoat worked tirelessly to tell this story with all the rich environments and compelling effects in an organic and seamless way. Our VFX supervisor, the owner of Turncoat Ryan Urban, is an accomplished professional and storyteller in his own right. It was truly a labor of love and passion for our team and theirs.”

Catalyst continues its festival run and is slated for release in North America in 2023.