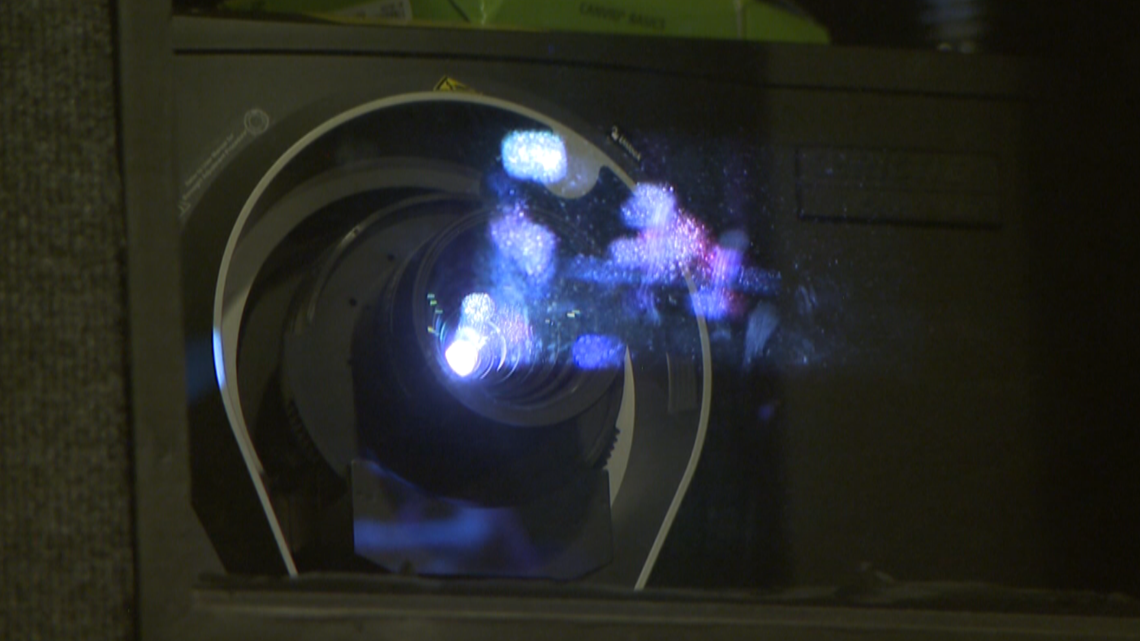 Last year, the festival moved to socially remote locations like South Bay Drive-in. But in the past, the festival was here at the Digital Gym in North Park. Half-cinema, half-classroom for children who learn to love the visual arts.

But in partnership with UCSD, Van Thillo and the Digital Gym have found a new home in the city center, a bright office with a view of the city.

Classrooms, an outdoor amphitheater for screenings and of course a brand new 60-seat cinema perfect for the Latino Film Festival.

“After nearly a year and a half of being indoors and seeing movies, virtually, we know people are thrilled to go out and see movies on the big screen.” said Van Thillo.

Although the Digital Gym is set to complete construction next month, the film festival will not take place until next March. But entries are now welcome for the poster competition – works of art that will be seen around the world.

“I hope the artist, a designer, has an understanding of the history of Latin cinema,” Van Thillo said.

November 1st is the deadline for the poster contest and can be submitted here.