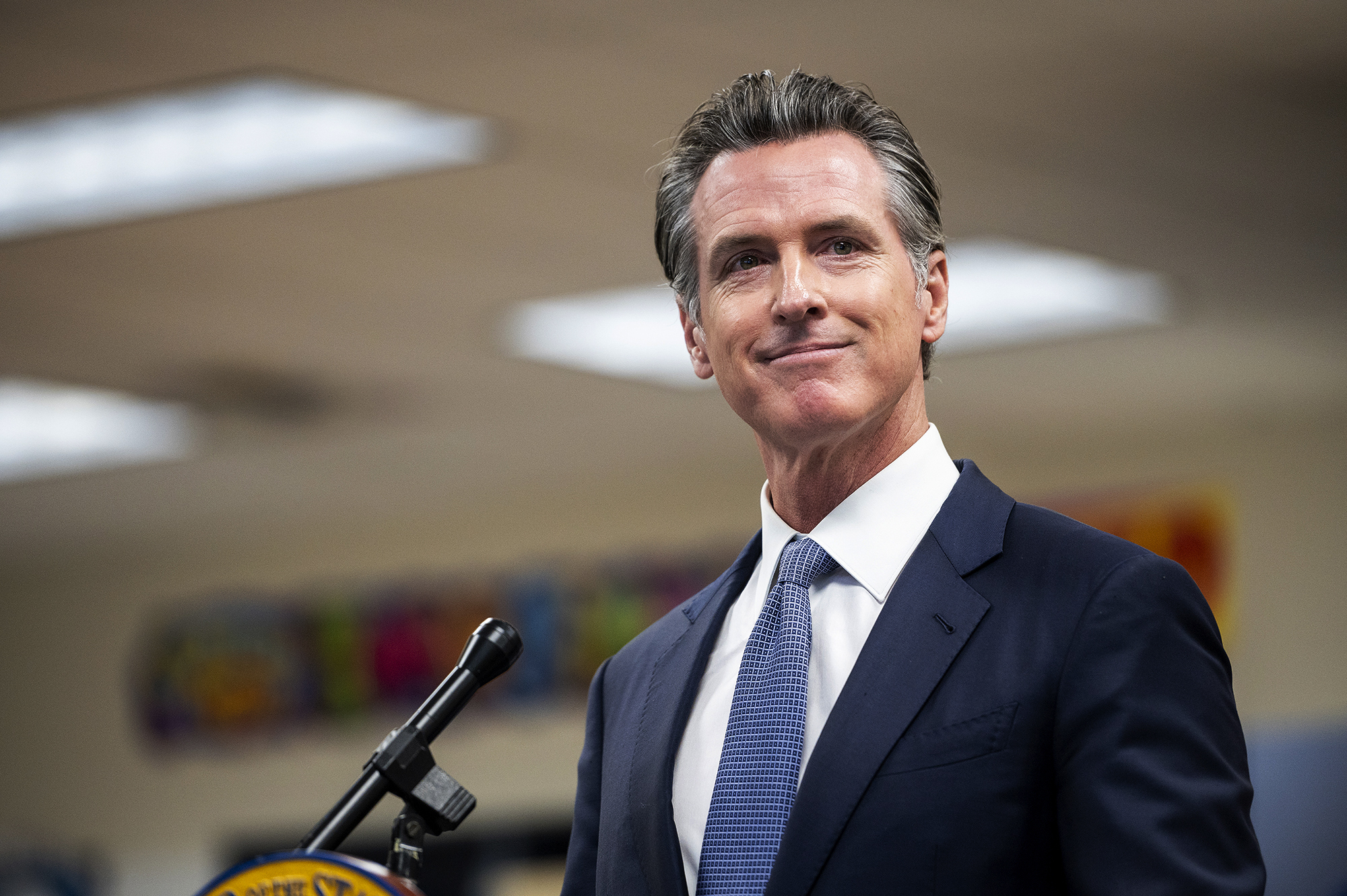 Gavin Newsom’s actions do not match his words on dyslexia

As Governor of California, Gavin Newsom raised the profile of dyslexia, a neurological disorder that affects up to 20% of the population, but he has done very little policy to impact the lives of dyslexic students in this state. I say this as the mother of a 9 year old with dyslexia, who like Governor Newsom struggled tremendously in school but was supported by her love of sport (football in my son’s case , baseball for the governor).

Governor Newsom published a children’s book this week and aims to highlight his struggles in the classroom and his successes on the baseball field. I am, of course, happy to see dyslexia normalized and openly discussed, which will reduce the stigma and sense of isolation my son and other children feel. But what’s frustrating is the lack of concrete action he and other state leaders have taken to help them.

One issue that should shock all education stakeholders is that while this is one of the most common learning differences, many of our school districts – especially the larger ones primarily serving students of color – follow a program and method of teaching literacy that prevents dyslexia. children to be successful.

Unfortunately, while the Oakland Unified School District, where my son is enrolled, has now dropped out of a “balanced literacy” program, my son’s first grade teacher did not. Balanced Literacy is seen as an “middle ground” approach that includes context and meaning-oriented language instruction, with little emphasis on systematic phonetics. In a “balanced literacy” classroom, a child might see a picture of a horse and the word “horse” below it in a book, guess that the correct word is “pony” instead of “horse” and be correct. Two years ago I volunteered in my son’s first grade class at a reading and writing workshop, completely ignoring how flawed the balanced literacy teaching model was. , especially for dyslexic children. I look back now and am ashamed that I didn’t realize the guesses and clues hurt so much.

A teacher said last year that “all children will learn to read when they are ready”. If this were true in Oakland, a black child is considerably “less ready” than a white child in third grade. Of course, we all know that claim is false, but the fact that this line of thinking exists today in one of the most diverse school districts in the country is a cause for major concern.

Teaching all children to read should be one of the social justice issues of our time, as the pipeline from school to prison is paved with dyslexic children. In a 2000 study, half of Texas inmates were identified as likely dyslexic. These are adults who never had the opportunities my son and Governor Newsom had as children, who never had proper literacy methods, and who are often labeled as having behavioral issues. instead of being identified as dyslexic. In 2018, the federal government passed the First Step Act, which would screen all inmates in federal prisons for dyslexia.

What happens when students are not screened for dyslexia? Typically, those whose parents have sufficient resources and time to advocate are identified as being at risk for dyslexia, will undergo an assessment, and receive the appropriate instruction and support they need to reach their full potential. Those who do not have these resources are less fortunate.

There is another more equitable way forward in California. In addition to promoting his children’s book, it would have far more impact for hundreds of thousands of dyslexic children in California if Governor Newsom publicly supported Senator Anthony Portantino’s dyslexia screening bill, The Project of law 237 of the Senate. This bill, which passed the Senate but which MP Patrick O’Donnell refused to give a hearing in the Assembly, would require K-2 grades to be screened for dyslexia, something that a poll revealed that 87% of voters support.

The bill has another chance next year to pass through both houses of the legislature, but the California Teachers Association opposed the bill. Their position is that the screening required will reduce teaching time and that districts already have adequate systems in place to identify students. It took two years for my son to get his one-on-one assessment and services, so I personally know that last statement is wrong. Governor Newsom could exert public pressure to pass this bill and, in turn, help many California students.

In addition, districts and schools should be held accountable for their literacy data and be required to adopt a curriculum that conforms to the science of reading. Teachers have learned, and continue to be taught, a balanced approach to literacy in their teaching programs. We need educational and master’s degree programs to adopt different models. We also need current teachers to receive the professional development and support necessary to move away from balanced literacy programs.

These changes will come too late to have an impact on my own son, but they will improve the lives of millions of California children. The need for this change is brilliantly summed up by Kareem Weaver, Oakland NAACP Education Committee member and Full Reading Leader is a universal mandate.

“Reading the denial of science not only produces illiteracy, it sows seeds of ignorance and despair,” he said. “It produces desperate, bitter fruit that ripens in our communities, injures people, produces homelessness, kills potential, and unleashes the hounds of hell.”

Megan Bacigalupi is the Executive Director of CA Parent Power, an Oakland-based nonprofit that unites parents across California to put the interests of students and families first in public education.