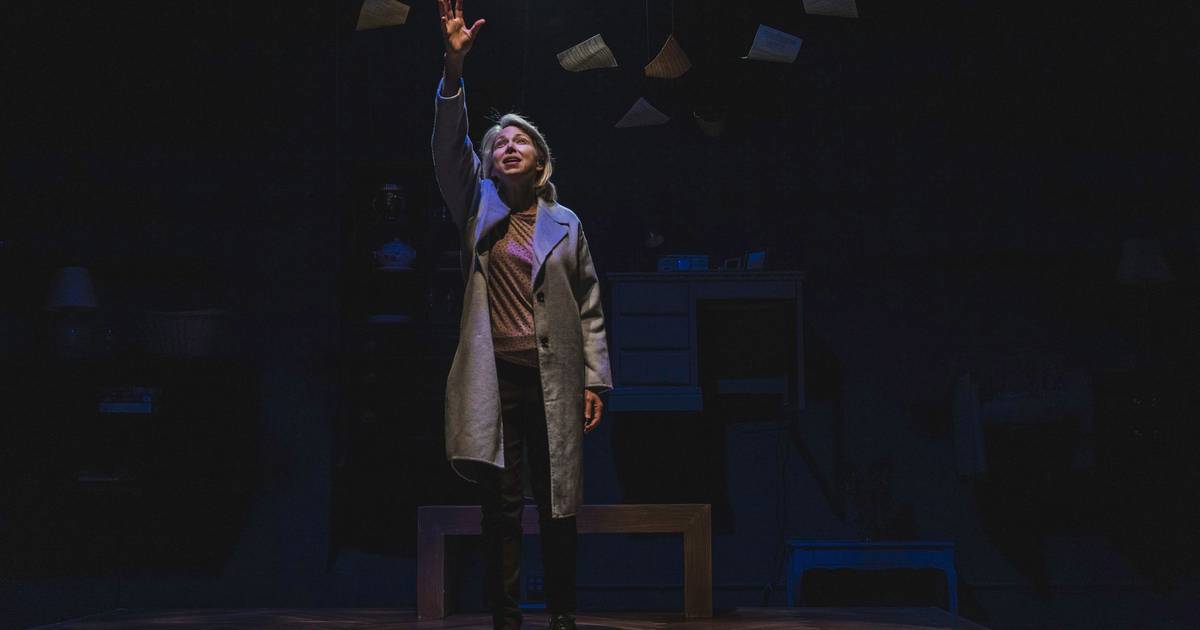 “Light Falls” at the Steep Theater

The unique collaboration between the Steep Theater and prolific British playwright Simon Stephens, a member of the Chicago theater ensemble, has resulted in a series of years of unforgettable performances, often with director Robin Witt at the helm. Steep produced the US premieres of “Harper Reagan,” “Motortown,” “Wastwater,” and “Birdland,” as well as other Stephens dramas, such as “Punk Rock” and “On the Shore of the Wide World.” All of them were intense and captivating experiences.

Since he won the Tony Award for “The Curious Incident of the Dog in the Night-Time” and this Tom Sturridge starred in his Broadway play “Sea Wall” just before the pandemic hit, Stephens’ support of Steep may seem like an act of selflessness. But not really. Many of these shows featured the same actors from Chicago. Witt has developed enough experience with this writer to become a distinguished director of his work, much of which explores people struggling for control amidst life’s most painful mysteries. Steep, who used their collective know-how to nurture this talent like no other, gave Stephens as much as Stephens gave Steep, and the Chicago audience was the beneficiary.

But there was a long hiatus before “Light Falls,” the latest Steep production of a Stephens play, which opened this weekend in borrowed digs at Theater Wit in Chicago’s Lakeview neighborhood. Steep took a two-year hiatus.

I should note that the play, which deals with death and family, is extremely sad, although it won’t come as a surprise if this isn’t your first Stephens Rodeo. I cried and sniffled all night, pretty much as soon as actress Kendra Thulin began the long, gripping opening monologue. I might have drawn attention if the guy two places down hadn’t been sobbing. I suppose this is a warning, but you should know that Stephens’ work is neither bathetic nor exploitative. In fact, it writes about the losses that happen to all of us and, in essence, dramatizes our efforts to better their future incarnations for those we love.

Written in 2019, the play is prismatic and set in several post-industrial towns in northern England, where Stephens (and I) were born. They are linked by a recurring song, “The Great North Road”, and to some extent Stephens writes an ode to the haunts of his youth, towns that were neglected as London and its wealthy surroundings attracted the resources and attention to the first decades of the 21st century.

He is old enough now to think and write a lot about his past. This is the great fracture that we often see in the theater. Young scribes tend to want to change the future in 90 minutes; writers of a certain age have to deal with their sticky ghosts. That’s also true of the reviews, I guess.

But theater is rooted in mortality, not urbanity, and so Stephens focuses on people whose family landscape stretches across those places that have limited opportunity but plenty of human kindness. In the end, it could be settled anywhere. Most counties have such towns.

The play begins with a woman describing her own recent death, and gradually we meet the three adult children (and husband) she left behind. You better watch the plot unfold in real time without me spoiling it for you here, but I couldn’t get a single question out of my head all night about whether or not the worries of a parent, from an imperfect parent, for their children end up with their own death. Surely not. But that of course ties into the whole idea of ​​whether we somehow live and are able to visit the living, an unsolvable mystery that has consumed playwrights since old Thespis, or whoever whatever, played a role.

The play wouldn’t work without the character of Thulin, a deeply empathetic, alcoholic, and she certainly fulfills that role.

But in a very fine collective, Lozano, playing a struggling single mother with a questionable boyfriend (Balogun, struggles with demons) and a deep hole in the heart, is truly exceptional. Frankly, her work reminded me of Carrie Coon’s early work in Chicago theater; it feels like she’s been working on this magnificent role for a very long time, although she’s not the only person on stage for whom it seems true.

Chris Jones is a reviewer for the Tribune.