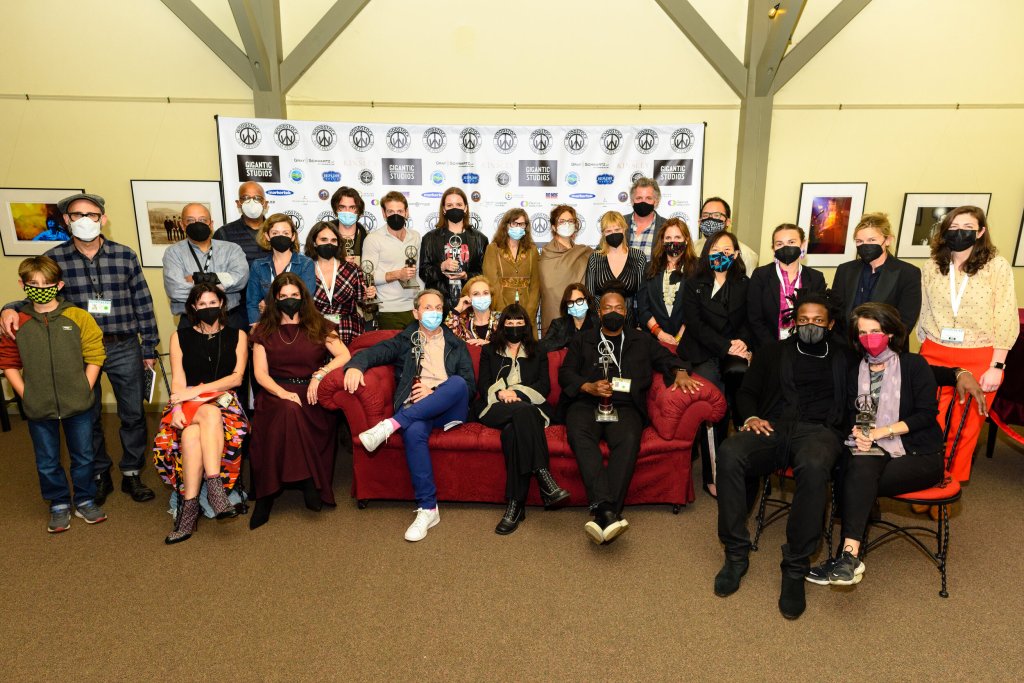 WOODSTOCK, NY – The film “Mass” and the documentary “Storm Lake” took top honors at the Woodstock Film Festival Awards on Saturday night at the Bearsville Theater.

“Mass”, directed by Fran Kranz, won the award for best narrative feature film. “Once we enter this movie’s room, the story revolves around our preconceptions and keeps us in its drama,” the award jurors wrote. “The sublime and sometimes explosive performances plunge us into the emotional war that rages within the characters. As the film removes layers of guilt, blame, and pain, it reveals the true antagonists of the story – the society and culture we live in today.

“Freedom of speech and the ability to criticize the powerful are the foundation of democracy,” the jurors wrote. “Local news is where the community lives and breathes. In a world where we see our voices and our honesty crumble, reporters in Storm Lake, Iowa light up in all their glory what we all have to lose.

The Special Mention for Best Emerging Filmmaker went to director Brooke Pepion Swaney for “Daughter of a Lost Bird”. Honorable mention was given to women in “Ranger,” directed by Austin James Peck.

Other prizes awarded on Saturday evening:

• The best short film went to “Are You Still There? », Directed by Sam A Davis and Rayka Zehtabchi. Honorable mention went to “Girl With a Thermal Gun” by Rongfei Guo.

• The animation prize was awarded to “Conversations with a whale”, directed by Anna Samo. Honorable mention was given to “There in Spirit”, directed by Beck Underwood

• The Films for Change award went to “Who We Are: A Chronicle of Racism in America”, directed by Sarah Kunstler and Emily Kunstler.

• The award for Best Director, Documentary went to Brooke Pepion Swaney for “Daughter of a Lost Bird”.

• The award for Best Director, Narrative, went to Rachel Winter for “The Space Between”.

Roger Ross Williams received the Honorary Maverick Awards. He directed the Oscar-winning short “Music by Prudence”, as well as “God Loves Uganda”, “The Apollo”, the docuseries “High on the Hog” and the upcoming “Cassandro”. The award was presented to Williams by Patrick Harrison, director of member relations and awards at the Academy of Motion Picture Arts and Sciences.

The ceremony began with the opening remarks by U.S. Representative Antonio Delgado, D-Rhinebeck, and State Senator Michelle Hinchey, D-Saugerties, who spoke about the importance of art and cinema, as well as the value of organizations such as Woodstock Film. Festival.