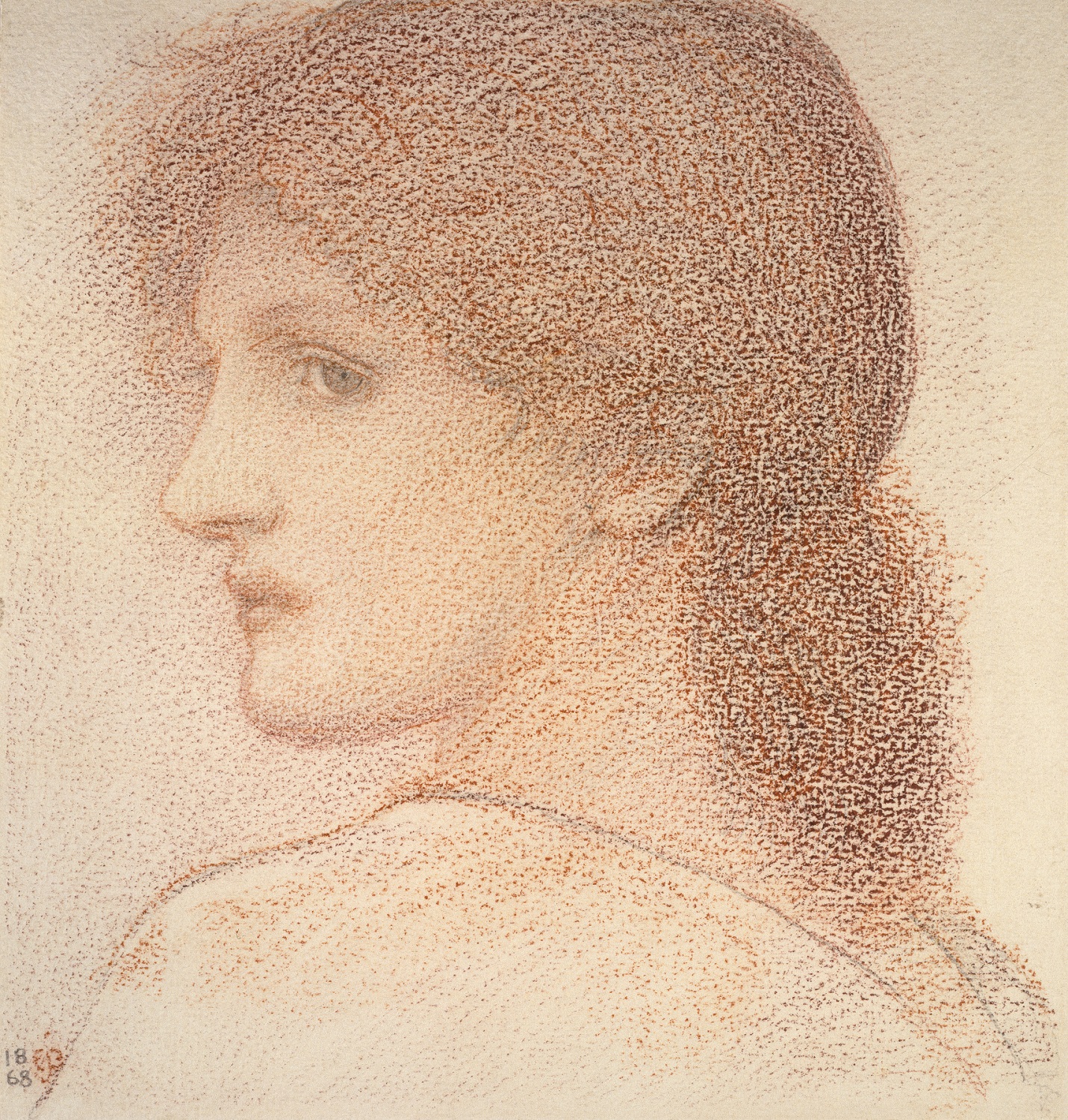 Drawing is more than just a preliminary step to painting; it can show us the thought process and ideas of an artist, portray deep emotion, exhibit intimate relationships, and be innovative and timeless. A notable example is the current Pre-Raphaelite exhibition at the Ashmolean Museum, Oxford, which highlights the group’s rich and varied drawings and watercolors.

An artist can reveal the true personality of his model through a drawing. The first section of the Ashmolean exhibit includes intimate portraits of the group’s family, patrons and friends; it is here that we see a portrait by Frederick Sandys of his friend and art dealer, Charles Augustus Howell, 1882 (on the photo at the bottom right). Howell was a charming and witty man, but had a darker reputation for blackmail and exploitation. Sandys’ makeup reflects this split personality by making the left side of her face bright, glowing, and healthy, while the right is shrouded in sharper-lined shadows. Howell looks directly into the eyes of the beholder, his expression both melancholy and introspective, as if aware of his dark side. The artist’s skill in depicting texture with colored chalks shines through, especially in the wispy strands of hair, the ribbed suit jacket, and the delicate, smooth skin, creating an almost photo-realistic effect.

Representations of intimate relationships are found throughout the exhibition, especially in the section dominated by the work of Dante Gabriel Rosetti entitled “Stunners”, a phrase he created to designate beautiful women. His drawing in colored chalk, Reverie, 1868, is a striking portrait of Jane Morris that stands out as being incredibly straightforward compared to other modest portraits of women. Her piercing blue eyes demand the viewer’s attention, shining with dynamism, intelligence and sensuality, particularly juxtaposed with monochrome and blurry colors in the rest of the image. But designs can also reveal the personality of the artist who created them, as well as the model. Christina Rossetti wrote in her poem, In an artist’s studio that a Pre-Raphaelite woman was painted “not as she is, but as she fulfills her dream.” Does this “reverie” refer to Morris’s state or Rossetti’s?

Drawing is a traditional art, but it can also be innovative. These Pre-Raphaelite drawings reflect the past and look to the future, showing a variety of inspirations. Study of a Woman’s Head, Facing Left by Edward Burne-Jones, 1868 (main picture), was made with red and black chalk, a medium used in particular by RaphaÃ«l. The drawing, as well as others by the artist, has an unmistakably Renaissance style, a likely consequence of Burne-Jones’s trips to Italy, paid for by his patron, John Ruskin. In contrast, other works in the exhibition seem surprisingly ahead of their time, such as a drawing by Sandys titled Nepenthe, 1892; the composition and overall aesthetics of the image are no different from 20th century surreal photography. It’s timeless qualities like this that make the movement continually relevant and popular.

The exhibition consists of both preparatory drawings and fully completed works of art. Some watercolors can even be mistaken for oil paintings because they are so densely worked and opaque, in part due to the use of gouache. Although she is known for her impressive oil paintings, watercolor was an important medium for the Pre-Raphaelite circle. Rossetti and Burne-Jones used it exclusively for extended periods of time, and Ruskin only used watercolor, never oil paint. As well as being practical and economical, it was a way to get closer to the early Renaissance tempera paintings and the medieval manuscript illuminations, which were the main inspiration for the group.

The Pre-Raphaelites are among the best known and most beloved artists of the 19th century. An exhibition like this, which brings together so many high-quality drawings, would not be possible without the group’s personal connection to Oxford. Pre-Raphaelite patron and Oxford man Thomas Combe acquired a significant collection of their work, which is central to the Ashmolean collection. In addition, figures such as John Ruskin, William Morris and Burne-Jones studied at the university. These factors have made the museum a magnet for bequests and acquisitions, making its collection incredibly rich and varied; these are drawings that deserve to be seen.

If you want to learn more about these artists, whether as a newcomer or as an enthusiast, this exhibition offers a unique insight into their life and work. His variety of mediums, scales and subjects make him a model of the importance and beauty of drawings and watercolors, which can be as rewarding to see as â€œlargeâ€ oil paintings.