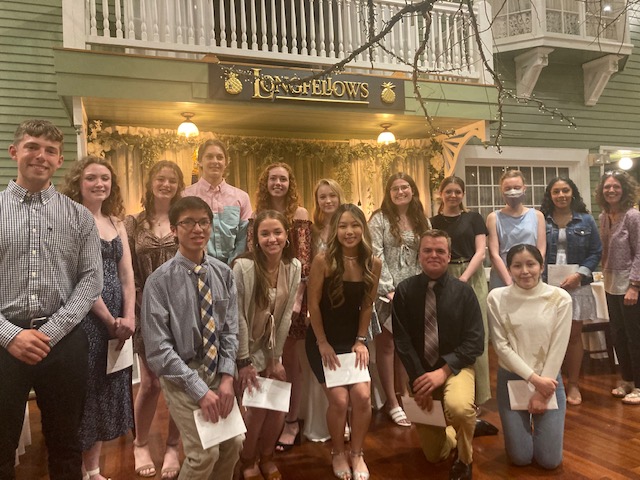 Awards ranged from $2,500 to the Rotary Club of Saratoga Springs Presidential Scholarship of $20,000. The Foundation also honored Cindy and Brien Hollowood for their contributions to the community.

Established in 1997, the Saratoga Springs Rotary Education Foundation raises funds to support post-secondary education and job training for graduates of public and private high schools in the greater Saratoga community. The annual awards event, held this year at the Longfellows Hotel and Restaurant, is the Foundation’s main fundraiser and all proceeds are used to fund future scholarships.

Cindy and Brien Hollowood, who have long been generous supporters of the Saratoga community, helping to make it a better place for everyone to live, spoke about their commitment to Saratoga and to education.

Beth Post, vice president of the Rotary Foundation for Education of Saratoga Springs, extended her congratulations to the Hollowoods and scholarship recipients on behalf of the Foundation.

“Rotary’s primary purpose is service – in the community, in the workplace, and around the world. The motto of Rotary is service before self. These students not only demonstrate academic excellence, but the same commitment to community that is the hallmark of Rotary,” Post said in his remarks.

Anitza Parilla, a Saratoga Springs High School student who received this year’s Presidential Scholarship, plans to attend Siena College majoring in chemistry/pre-medicine. After receiving her award, she thanked the Foundation and its donors for their generosity.

Student academic performance, extracurricular and professional activities, community service, and financial need are all considered when considering applications. The 2022 scholarship recipients are:

Next year’s awards dinner is scheduled for June 2023.