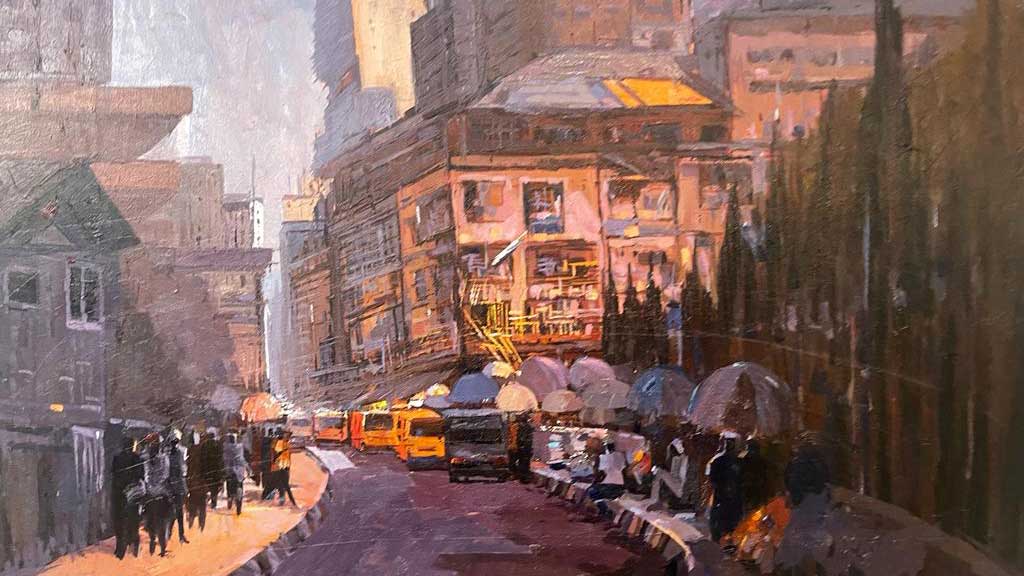 In its fifth edition, Generations: The Future Masters returns to Mydrim Gallery, Ikoyi, Lagos from July 24 to August 8, 2022, as eight artists present a total of 48 works.

Four sculptors, two painters, a mosaic artist and a weaver present their works in a show intended to encourage young talents. Biodun Olakunmi gave birth to the idea six years ago in collaboration with Mydrim Gallery.

The artists are Shade Fagoruse, who presents five works, Ayooluwa Akinrinola (five) and Unyime Edet (nine). Others include Wahab Aromire (five), Taiwo Abisola (three); Olaitan Daniel has the most works and features 10 works.

In addition, Samuel Edward exhibits five; Taiwo Abisola has three works and Oghenetega Ekpokpobe has six works for the show.

Speaking at the exhibition, Mydrim Gallery co-curator David Oluwatoyin described the exhibiting artists as stars to watch in the Nigerian art space. “Mydrim Gallery seeks to reproduce a generation of artists capable of stepping into the shoes of older generation artists such as Kolawole Oshinowo, Yusuf Grillo, Bruce Onabrakpeya, among others, who have made their mark in the arts both in local and international level.

Speaking on how the artists were selected, he said: “We usually put out an open call for artists to send in images of their work, but time didn’t allow us to do that, so the artists were chosen at random because we’ve had our eyes on them for a long time. The gallery has looked at their works and they are unique. And from what they do, you can tell that over time, the sky will be their starting point.

Aromire, a full-time studio artist and Fine Arts graduate of Lagos State Polytechnic (LASPOTECH), majored in sculpture and also works in other mediums including painting.

The artist said that his works represent the environment and the state of mind. Ekpokpobe, a sculptor trained at the University of Benin, said, “My works include Bravery, Break loose, Strength of Inner Beauty and others. So most of my works are related to what we go through mentally, emotionally, financially, spiritually and in our daily activities.

Daniel, a graduate of Adeniran Ogunsanya College of Education, after graduating started capturing moments and environments. “So I decided to take my art to the streets where I had to paint from what I saw and capture the mood and essence of the surroundings.”