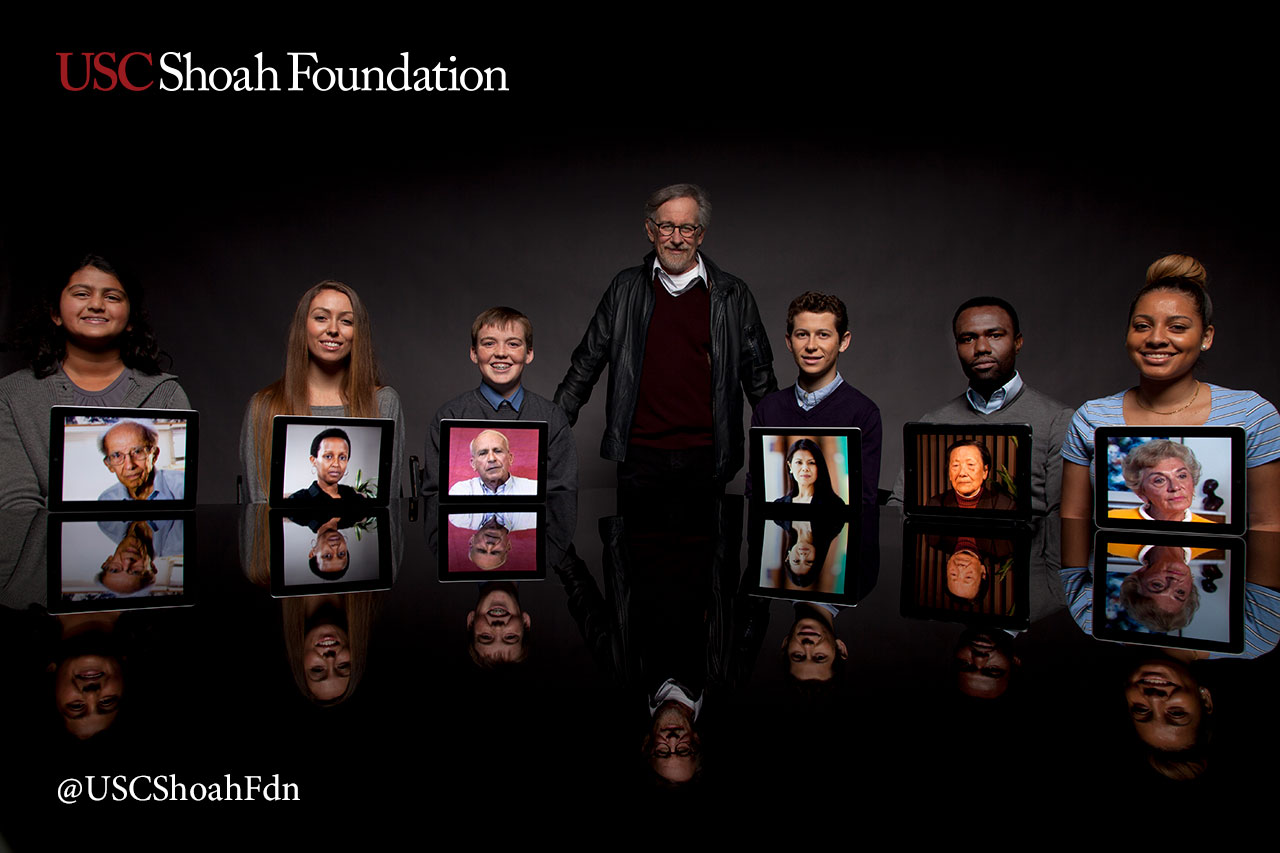 Fifteen hours of interviews describing the actions of a group of World War II diplomats who defied official policies to save tens of thousands of lives during the Holocaust have been added to the 55,000 Visual History Archive (VHA ) from the USC Shoah Foundation through a collaboration with the Andrew J. & Joyce D. Mandell Family Foundation.

The interviews provided a source of data for The Lifeguards, The award-winning documentary from filmmaker Michael W. King and producer Joyce D. Mandell chronicles 13 diplomats named by Israel as “Righteous Among the Nations” – a recognition of non-Jews who risked their lives to save Jews during the Holocaust.

The new collection of lifeguards Andrew J and Joyce D. Mandell from the VHA is considered the world’s largest known filmed historical record devoted to testimonies of “righteous diplomats”. The interviews were collected between November 2008 and November 2010 on location and in the studio in eleven countries: Denmark, France, Germany, Greece, Hungary, Israel, Italy, Lithuania, Poland, Spain, United Kingdom and United States.

Joyce Mandell is thrilled that the Rescuer Collection will familiarize historians, scholars, researchers, educators and diplomats with the heroic work of “righteous diplomats” and in turn inspire others to follow their example in the face of contemporary anti-Semitism and other forms of identity-based identification. to hate.

“It is my great hope that the extraordinary courage shown by the Righteous Diplomats will resonate with leaders around the world who face similar challenges today,” Mandell said. “The Rescuer Collection testimonials serve as a model of what is possible.”

Five new “Righteous Diplomats” educational activities have been added to IWitness, the Institute’s award-winning educational platform that offers educators a range of standards-aligned, classroom-ready lesson activities featuring VHA’s testimonial, and a home page has been dedicated to Rescuers film.

Award-winning filmmaker Michael W. King said he hopes the new videos and material from IWitness will spark continued interest in what drove diplomats – who he said “stood up for what was right and the humanity even if they were alone in many cases” – to risk everything for the good of others.

“The rescuers explores both the mystery of kindness and moral courage in the face of danger as it contemplates the horrors of the past, in part to better understand what should be done to stop genocide,” King said.

“Often going against the policies of their own governments, some World War II diplomats, who were not Jewish, willingly sacrificed their careers, families and livelihoods, working desperately to save people who they didn’t know. Their actions raise a fundamental question: what drives one person to do the right thing, regardless of the consequences they may face, and not another? »

Lesly Culp, acting director of education and outreach, said testimonies from Rescuers are a unique resource that will enhance evidence-based education and raise awareness about a little-known topic.

“Making rescue stories available for educational purposes provides students with examples of what it means to be an honest man, the choices these individuals made, the rules they had to break, and the personal sacrifice that they did to save lives. These brave people teach children how to be stronger than hate.

Among those featured in the Andrew J. and Joyce D. Mandell Rescuers Collection are testimonies from survivors and relatives of virtuous diplomats who tell the stories of the following diplomats: German diplomat (and Nazi party member) Georg F. Duckwitz in Copenhagen ; the Americans Varian Fry and Hiram Bingham in Marseille; the Japanese consul Chiune Sugihara and the Dutchman Jan Zwartendijk in Kaunas; the Turkish consul Selahattin Ulkumen in Rhodes; British captain Frank Foley in Berlin; Polish diplomat Henryk Slawik in Budapest; and Swedish diplomat Raoul Wallenberg, who helped coordinate rescue efforts for Budapest in 1944 with Archbishop Angelo Rotta, who represented the Vatican; and Consul Carl Lutz of Switzerland. The collection also includes a segment of His Royal Highness King Charles III of England who reveals a little-known story about his grandmother, Princess Alice, and Sir Martin Gilbert.

The USC Shoah Foundation today releases the full testimony of Holocaust survivor Sylvia Smoller originally recorded for “Rescuers” on YouTube and a short video about the collaboration.

With support from the Andrew J. and Joyce D. Mandell Family Foundation, King recently conducted interviews with survivors and relatives of 32 other “righteous diplomats” as part of what he describes as a “race against time” to document other untold, first-hand stories. He said the goal was for these interviews to also be added to the VHA Archive in the future.