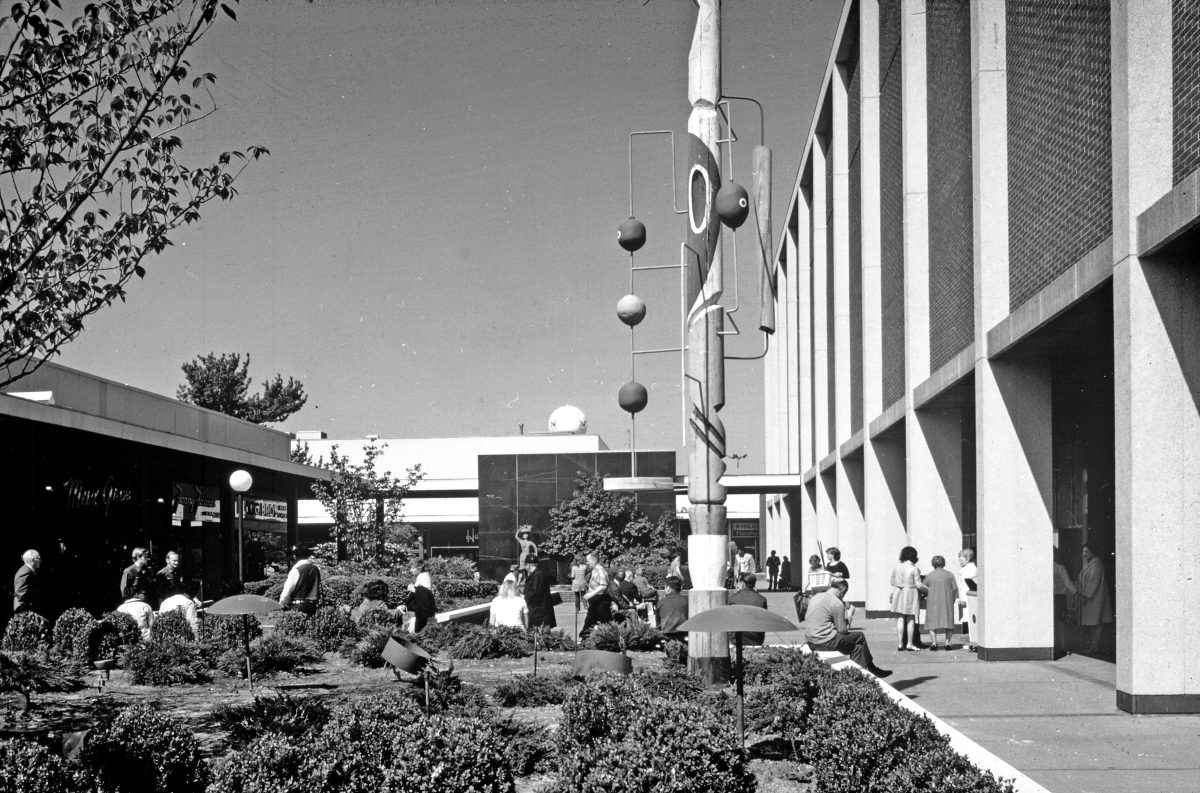 The history of shopping malls as places of racism and surveillance

There are a handful of malls from my youth that no longer look like they once did. In high school, I walked with friends to the Westside Pavilion to buy pins and leggings at Hot Topic and then feast on Panda Express. But since then it has closed and is now set to become a Google campus. I spent weekends at the Crenshaw Mall having my eyebrows waxed by a woman who did it quickly and efficiently, wondering how school was going. Got my ear pierced for the second time at Claire’s next door and ordered countless burgers from Rally’s. In the early 2000s, renovations to the mall transformed the interior into a brighter version of what I remember, including spaces for yoga classes. It has since been sold to a developer, after efforts by activists from the Downtown Crenshaw group over the past two years to stop the sale to a former developer. The list continues.

The mall has seen many changes and iterations lately, but it helps to know the history to understand why. Architecture critic Alexandra Lange Meet me by the fountain examines the unfolding of the American obsession with creating the ideal commercial space, which was largely based on the work of architect Victor Gruen from the 1950s.

The term “mall”, explains Lange, has its origins in London’s Pall Mall, a “long linear course, actually an alleyway, in the heart of the city” that was used to play an early version of croquet called pall-mall. . Lange tells readers how the layout of shopping malls, building materials, parking lots, controlled temperatures, lighting and other factors have changed along with ideas of what makes a commercial space ideal – including an area walking for exercisers or ice rinks — and the nostalgia that eventually tinged its evolution. (Plus, there are some fascinating detours, like creating Muzak and panicking around the arcades). These spaces were created as a sort of alternative to the usual chaos of fast-growing neighborhoods, especially city centers.

Renowned architects have taken on shopping centers as projects; I had no idea that Frank Gehry worked out of Santa Monica Place, another of my haunts during those teenage years. In the 1940s, Architecture forum asked architects to consider a “new master plan” for Syracuse, New York; Gruen and designer Elsie Krummeck pitched their idea for a “neighborhood mall”, but was initially met with some pushback, which was not uncommon for the time. Everyone from critics to locals had an opinion on how malls should look; yet, as the model evolved, the association of shopping malls with innovation faded. They were perceived as dimly lit areas, simply for consumerism; even Gehry admitted he didn’t like working on Santa Monica Place. Some developers have tried to exclude the word “mall” from the name of a mall.

Lange pulls on a particularly interesting thread: how malls and fine art often merge. Texas’ NorthPark center has a reputation for having an “outstanding art collection”. Developer Ray Nasher then built the Nasher Sculpture Center. It wasn’t until adulthood that I realized the importance of an art space in my own neighborhood mall: the Samella Lewis Museum of African American Art at Baldwin Hills Crenshaw Plaza. Lange also reflects on how images of shopping malls and critiques of consumerism appear in the visual arts, namely the work of Barbara Kruger and photographers like Seph Lawless and Jesse Rieser.

However, the book highlights how the tensions and criticisms of the mall go beyond consumerism or “bad” design. Lange details how the development of malls reinforced racism and surveillance, providing an environment initially focused on white women who were mothers. They could work evenings and weekends at the mall and run various errands in the space, especially since malls offered amenities such as childcare. Over time, these spaces have become ways for teenagers to find their independence and for groups of adults who meet regularly to exercise. Some areas have found new life, such as the former Highland Mall in Texas which became the Highland Campus of Austin Community College (ACC).

The mall helps us reflect on days gone by and wonder what might happen next. After all, we can now shop on Instagram.

“Successful shopping malls will rely on food, family life, design and nature,” Lange writes in his final thoughts on the history of shopping. “They will embrace an urbanism that may seem akin to Gruen’s romanticized 19th century European culture, but in fact derives from the way the concept of the mall has, over the past forty years, traveled the world and collected new ideas.”

Meet Me at the Fountain: An Inside Mall Story by Alexandra Lange (2022) is published by Bloomsbury Publishing and is available online and in bookstores.