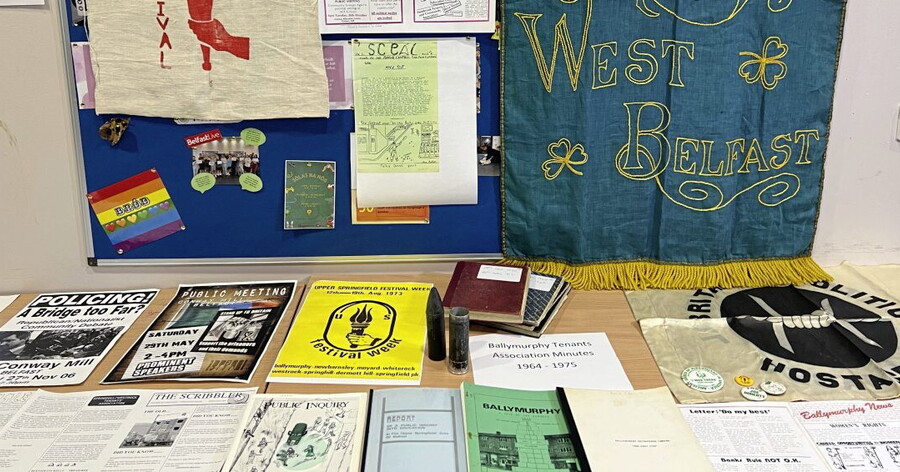 THE personal archive of one of Ireland’s best known priests is being brought together in the hope that it will be preserved for ‘future generations’.

Thousands of objects belonging to Father Des Wilson were collected as well as material relating to his clerical life and his strong involvement in education and human rights among the objects collected.

Tiarnán Ó Muilleoir, who collects the documents and artifacts, said the archive has “lasting historical value” in hopes it will be digitized and a website created.

Known as the People’s Priest, he was considered an advocate for disenfranchised people and was well known for establishing the Springhill Community House in Ballymurphy and educating disadvantaged young people.

In the 1970s, along with the late Father Alec Reid, he acted as a facilitator to end conflicts between Republicans. He also started a dialogue with loyalist paramilitaries.

But he also found himself in conflict with the Catholic Church.

Mr Ó Muilleoir said: “Father Des Wilson was a priest in the Ballymurphy area for about 70 years and during that time he collected large amounts of personal material and on top of that he was a bit of a hoarder”, did he declare.

“Everything he encountered along the way, he would gather, so you can imagine the amount of gear he had, there are tens of thousands of them.”

As part of an 18-month project funded by the Northern Ireland Lottery, Mr Ó Muilleoir is cataloging all the material that just a few months ago went on display as part of Springhill Community’s 50th anniversary House.

“I’m about eight, nine months into it and I’m managing to go through the material and currently reorganize it by theme, from human rights and liberation education,” Mr. Ó Muilleoir said.

“We have also come across audio recordings of Father Des which he recorded at the height of the Troubles from 1969 to 1974, there are a number of infamous events to hear.

“It is important that we preserve all the material as it is a vital source of information for historians, researchers and future generations.”