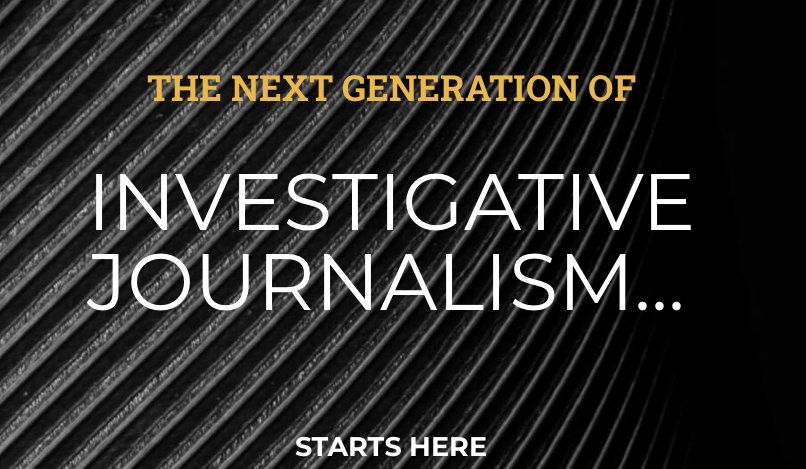 Gretchen A. Peck | for editor and editor

Christopher Leonard began his career in investigative journalism at the Columbia Daily Tribune in his home state of Missouri. He later reported for the Arkansas Democrat-Gazette and the Associated Press.

In 2012, he was selected for a fellowship program with the New America Foundation, a public policy think tank. This allowed him to write his first book, “The Meat Racket: The Secret Takeover of America’s Food Business”, and his second, “Kochland: The Secret History of Koch Industries and Corporate Power in America”. He credits Steve Coll, who served as the Foundation’s second president, with giving him and other investigative journalists an invaluable opportunity, granting them the resources to take a break from daily news stories and delve deeply into a matter of public interest.

“It was an amazing fellowship that totally transformed my life,” he told E&P. In 2022, Simon & Schuster published Leonard’s latest title, “Lords of Easy Money: How the Federal Reserve Broke America’s Economy.”

The fraternity experience inspired Leonard so much that he decided to model it and decided to “go out and build it”.

The Watchdog Writers Group (WWG) Fellowship was launched three years ago, and today Leonard is director of the program. It is administered by the Reynolds Journalism Institute (RJI) at the Missouri School of Journalism.

This program provides its fellows with a stipend of $50,000/year for two years while they work on an investigative non-fiction title. Fellows are also paired with two student journalists (for a one-year stint each) in a mentoring and support role, working directly with authors as they research and write.

Fellows are chosen by design through a straightforward application process.

“There are two questions: What is your book? And how can this scholarship help you complete it? I’ve been a struggling author, trying to get grants, and some grants can be really intrusive, asking about your personal finances or other book deals. We’re looking for people who make books squarely – right in the middle of the target – public interest journalism,” the director explained. “You must be in the spirit of Ida Tarbell or Seymour Hersch. It has to be important and in the public interest.

Leonard felt it was important to root the WWG in a reputable school of journalism in the Midwest, where he had spent most of his career.

“I saw that the media infrastructure in the Midwest was disproportionately destroyed during the recession,” he said. “We know this has been difficult in our business. I think the employment statistics for print journalists are worse than those for coal miners if you look at the jobs that have disappeared over the last six years or so. It’s a nightmare, and it’s worse in the middle of the country.

Leonard reflected on how “the predictable scale of journalism jobs” no longer exists and newsrooms are so scattered that it’s nearly impossible to find time to mentor junior journalists, so the Mentoring component of this program is essential.

Graduate and undergraduate students are eligible to participate. Participants spend 10-15 hours per week working with their mentors.

Regarding the students, he said, “They work alongside some of the best writers in the business, so they see how the author brings the book back and thinks about it, and how they attack the project. They learn the ethics of doing real reporting – reporting with teeth. The idea is that over the course of the year the student will gain a lot of experience in reporting and hopefully also get their own story out during that year.

Scholars come to campus twice a year to meet their student partners and each other in person. Additionally, Leonard explained that they meet monthly via videoconference just to share advice and sympathize.

Alisa Roth is a Watchdog Writers Group Fellow who researches and reports on the prison system and the rising rates of women incarcerated as the rates for men decline.

Sarah Smarsh was selected as a member of the Watchdog Writers Group this year. She is writing a book about the degradation of the tallgrass prairies of the Midwest through the lens of economics and class. (Photo by Paul Andrews)

This year, two new Fellows have been added to the WWG: Sarah Smarsh and Alisa Roth.

Smarsh is a Kansas-based journalist and National Book Award finalist for her work, “Heartland: A Memoir of Working Hard and Being Broke in the Richest Country on Earth.”

Roth has written extensively on issues such as mental health, criminal justice, and other social policy issues. She has contributed to NPR and NPR’s Marketplace. She is the author of “Insane: America’s Criminal Treatment of Mental Illness”.

“It’s a remarkable book,” Leonard said. “She’s really achieved what we want people to achieve in this program, which is to make a book that tackles a thorny, complicated, and important issue, and does it through storytelling that really appeals to a wide audience.”

“Sarah [Smarsh] writes about the degradation – frankly, the destruction – of the tallgrass prairie ecosystem in the middle of the country. … She always brings the class in America lens to the story,” Leonard said. “And that’s very important for this program. We talk about the deep issues of economic power, the corporate powers that really dictate history in America, that shape policy, that shape the structure of our economy and what that means for working people.

Gretchen A. Peck is editor-in-chief of Editor & Publisher. She has been reporting for E&P since 2010 and welcomes comments on [email protected].